Receive posting time suggestions based on your past performance

Written by Stephanie Schwartz
Updated over a week ago

HeyOrca’s Best Time to Post feature allows you to see tracked posts that you’ve published, and will suggest the best times of these in order to suggest when you’d receive a higher rate of engagement.

Best Times to Post is located under your Posting Times Tab in your Calendar Settings:

Before you get started, make sure that the feature has been turned on by using the “Suggest Best Times” Toggle:

Then, you can select the account that you want your suggested times generated for. Click on the drop down menu above the toggle to select your social account: 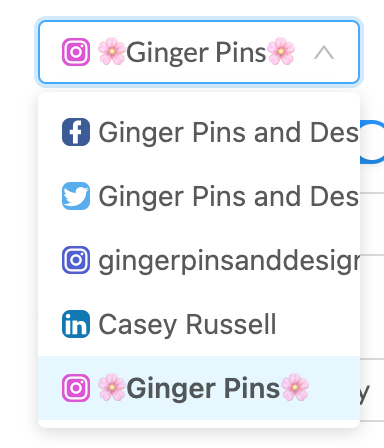 From here, HeyOrca will generate your suggested posting times automatically

HeyOrca syncs with your social accounts, and calculates them based on your top performing posts published in the past three months.

As shown in the example below, the highest star rankings you see are your posts that created and performed highly at the publishing time.

Want to sort by different engagement types? Click the drop down menu next to “Best times per day, based on:” In order to change your engagement metric. Your posting times may change based on this selection so that you’ll have further data on best times to post based on those individual metrics.

Have more questions? Reach out to support@heyorca.com anytime 👌

Did this answer your question?